The TP Sky family consists of five basic weights that are crucial to the handling of character information (Extra Light, Light, Regular, Medium and Bold), and three contrast levels (High, Middle and Low) that are useful for improving legibility. One may select the optimal font for the desired display size and resolution. Proper use of TP Sky fonts makes it possible to express the relationships that exist between the main body of a text and its headings, and between its titles and captions, and also to realize a high level of screen consistency without resorting to Mincho or Gothic typefaces.

TP Sky is the first family of Japanese-language fonts to be endowed with the three attributes of weight, contrast and character width.

A vast expanse of clear skies above us – that’s the concept of TP Sky. Aspiring to a high degree of purity, its design lays emphasis on smoothness of outline. Due to its simplicity, which suits the orientation of society while also minimizing the number of anchor points, TP Sky demonstrates superior imaging speed. Endowed with exceptional beauty and agility, this is a font with a plain sans-serif base that nevertheless yields a great richness of expression. 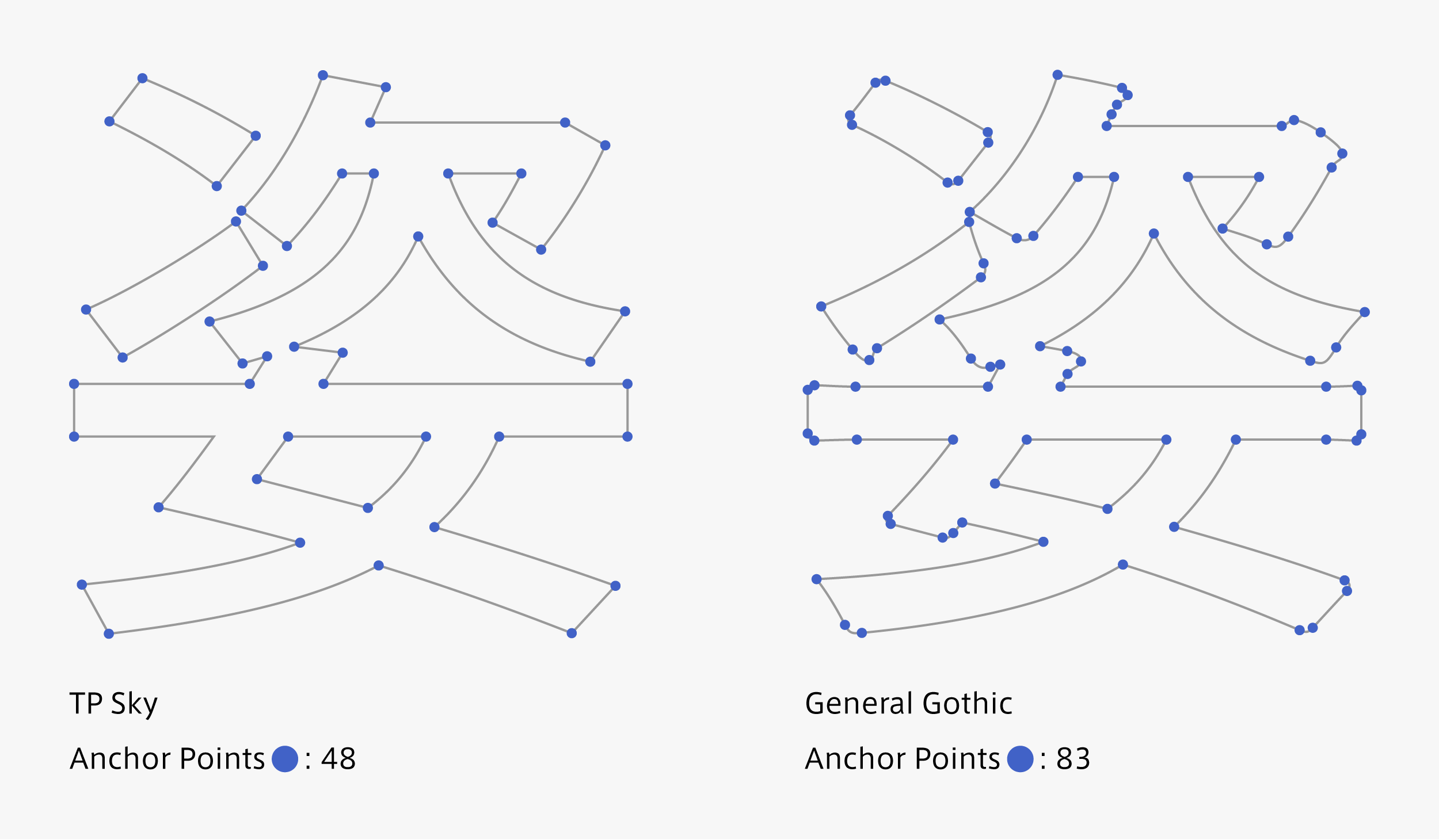 Low Contrast, which raises reading stability by making character blackness uniform, is an optimal font for flat and plain user interfaces. While inheriting attributes from AXIS Font, the design of all the kanji, kana and Latin characters was completely redone with the dual intention of realizing greater simplicity and emphasizing visibility. The katakana and Latin characters are endowed with a special rounded quality that is unique to TP Sky. From a universal design viewpoint, TP Sky Low Contrast is positioned as a standard font, while Light and Regular in particular maintain high levels of readability even when used at very small sizes.

Our TP Sky family is available in five weights and three contrasts, and now we have added two narrow fonts, “TP Sky Condensed” and “TP Sky Compressed”. The addition of this narrow-face series to the highly displayable TP Sky both elevates the beauty of the font and enhances its spatial efficiency onscreen. Optimal weights, contrasts and character widths may be chosen in accordance with the screen size and usage objective, making it possible to provide finely-tuned solutions for a wide variety of situations, in everything from UI menus to digital signage and more. This multifaceted family of forty-five fonts shows great promise for the future of display screen type expression. 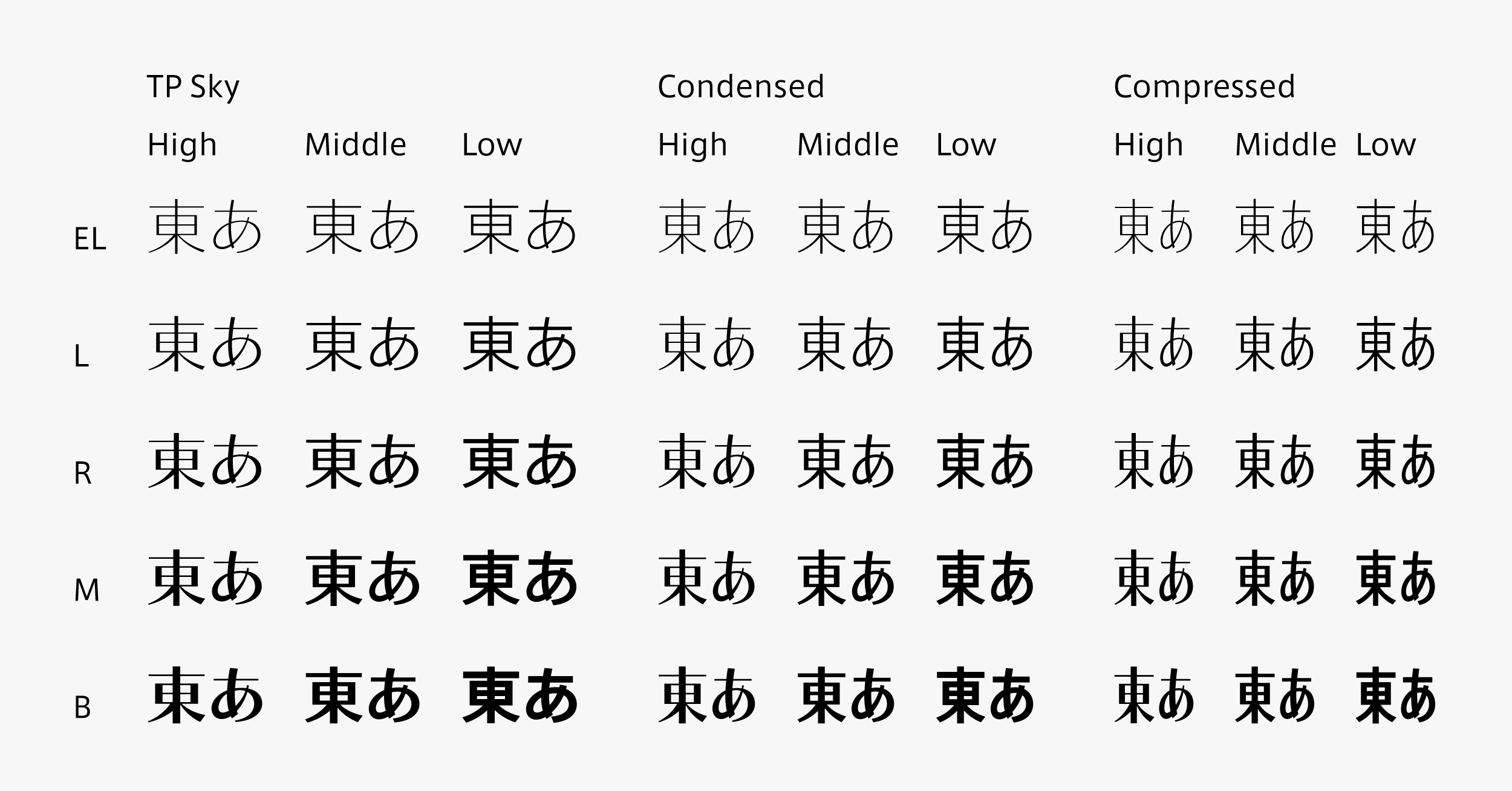