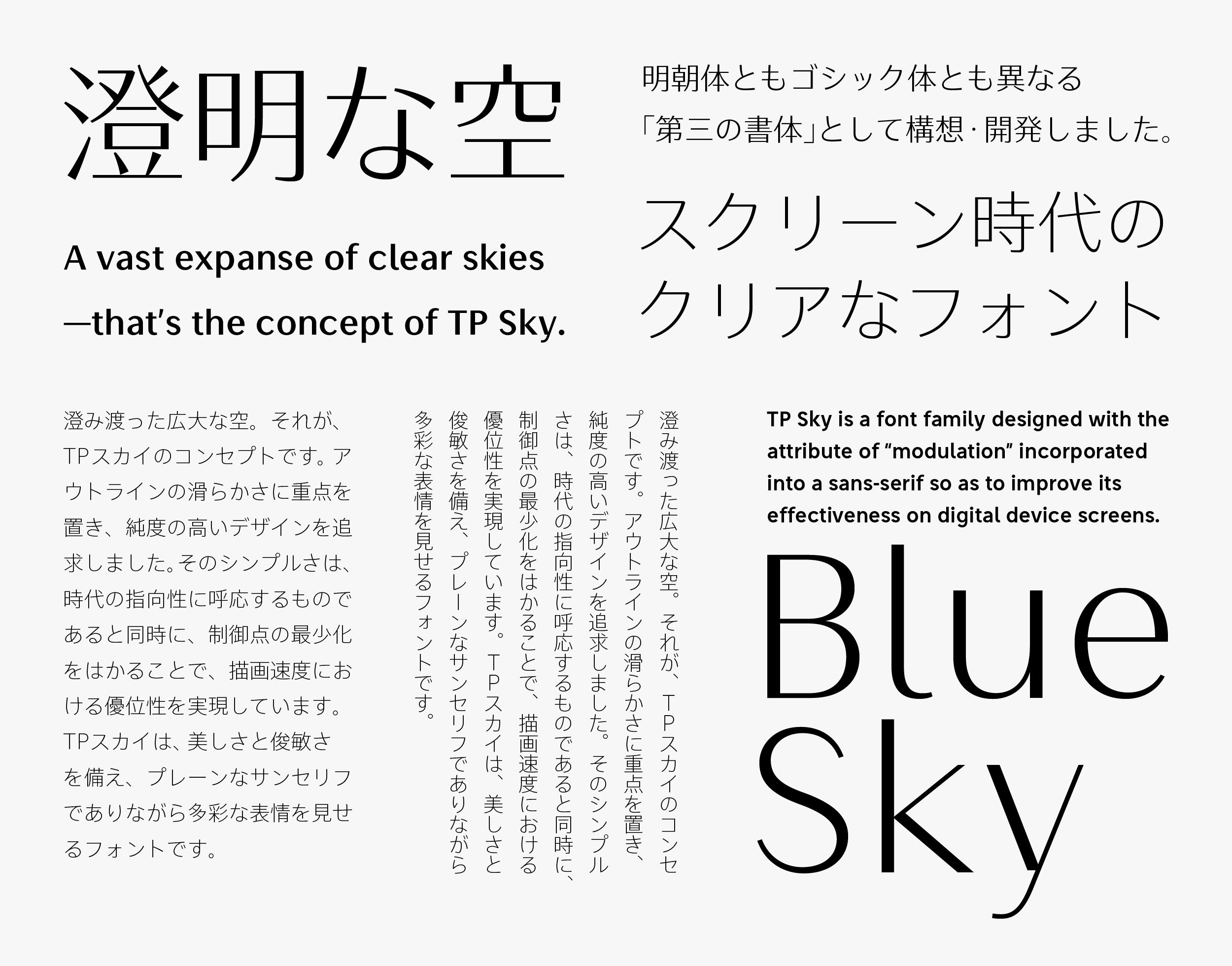 An extremely thick weight is achieved in TP Sky Modern Blk by widening the inside space between strokes. This manages both thickness and visibility by strengthening the contrast between straight lines and curved lines, and making strokes longer to allow a generous structure.

Although TP Sky Classic is a simple sans-serif typeface, it has a classical appearance. The well-balanced proportion carried out for kanji, kana, and Latin characters the screen. At the same time, it creates a relaxed atmosphere.

A vast expanse of clear skies above us – that’s the concept of TP Sky. Aspiring to a high degree of purity, its design lays emphasis on smoothness of outline. Due to its simplicity, which suits the orientation of society while also minimizing the number of control points, TP Sky demonstrates superior imaging speed. Endowed with exceptional beauty and agility, this is a font with a plain sans-serif base that nevertheless yields a great richness of expression. 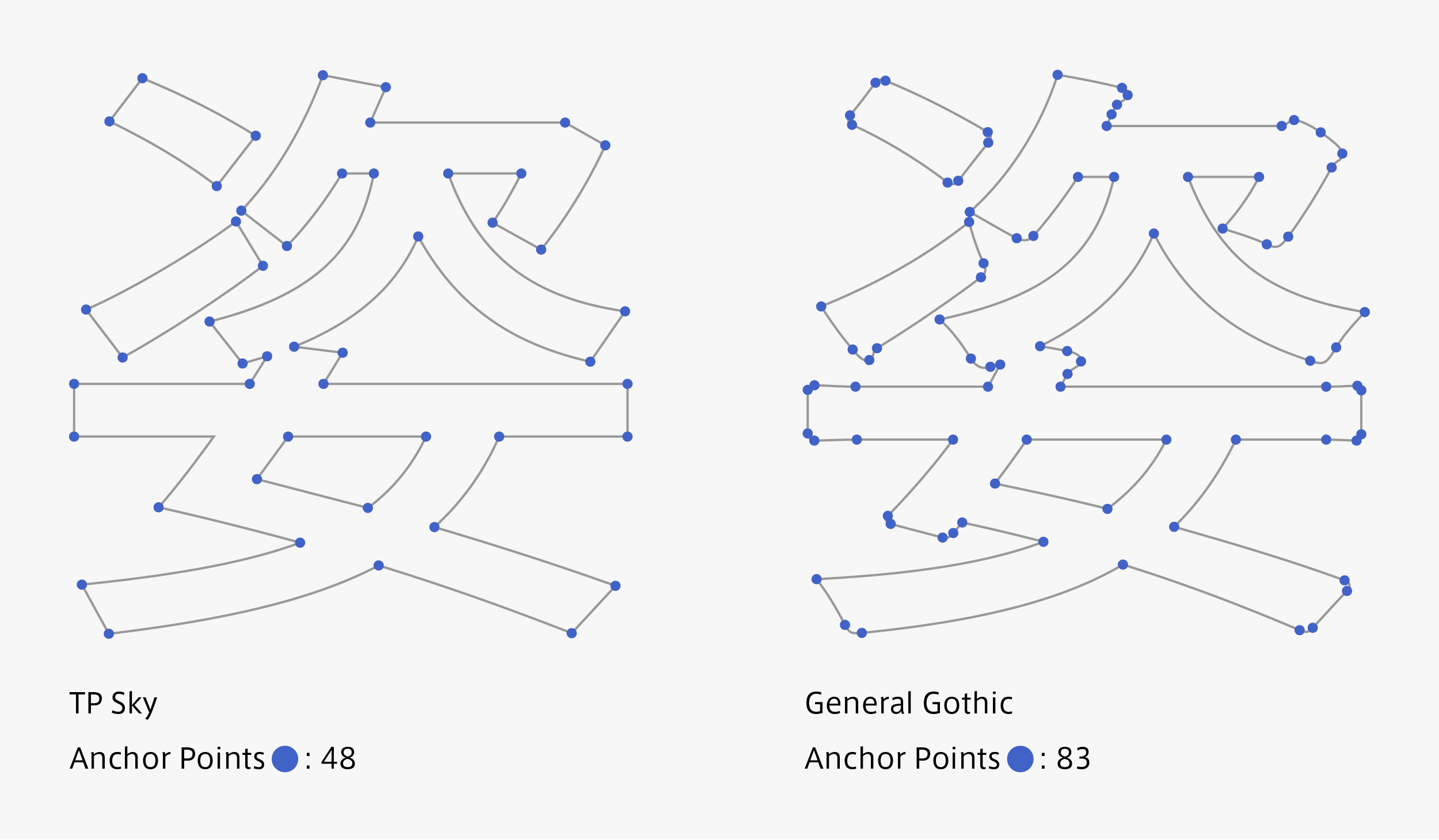 Low Contrast, which raises reading stability by making character blackness uniform, is an optimal font for flat and plain user interfaces. While inheriting attributes from AXIS Font, the design of all the kanji, kana and Latin characters was completely redone with the dual intention of realizing greater simplicity and emphasizing visibility. The katakana and Latin characters are endowed with a special rounded quality that is unique to TP Sky. From a universal design viewpoint, TP Sky Low Contrast is positioned as a standard font, while Light and Regular in particular maintain high levels of readability even when used at very small sizes. Please feel free to experiment with new, screen-age combinations, for example, using High Contrast in a Mincho-like role for headings, or Low Contrast in a Gothic-like role, for main body text and captions. 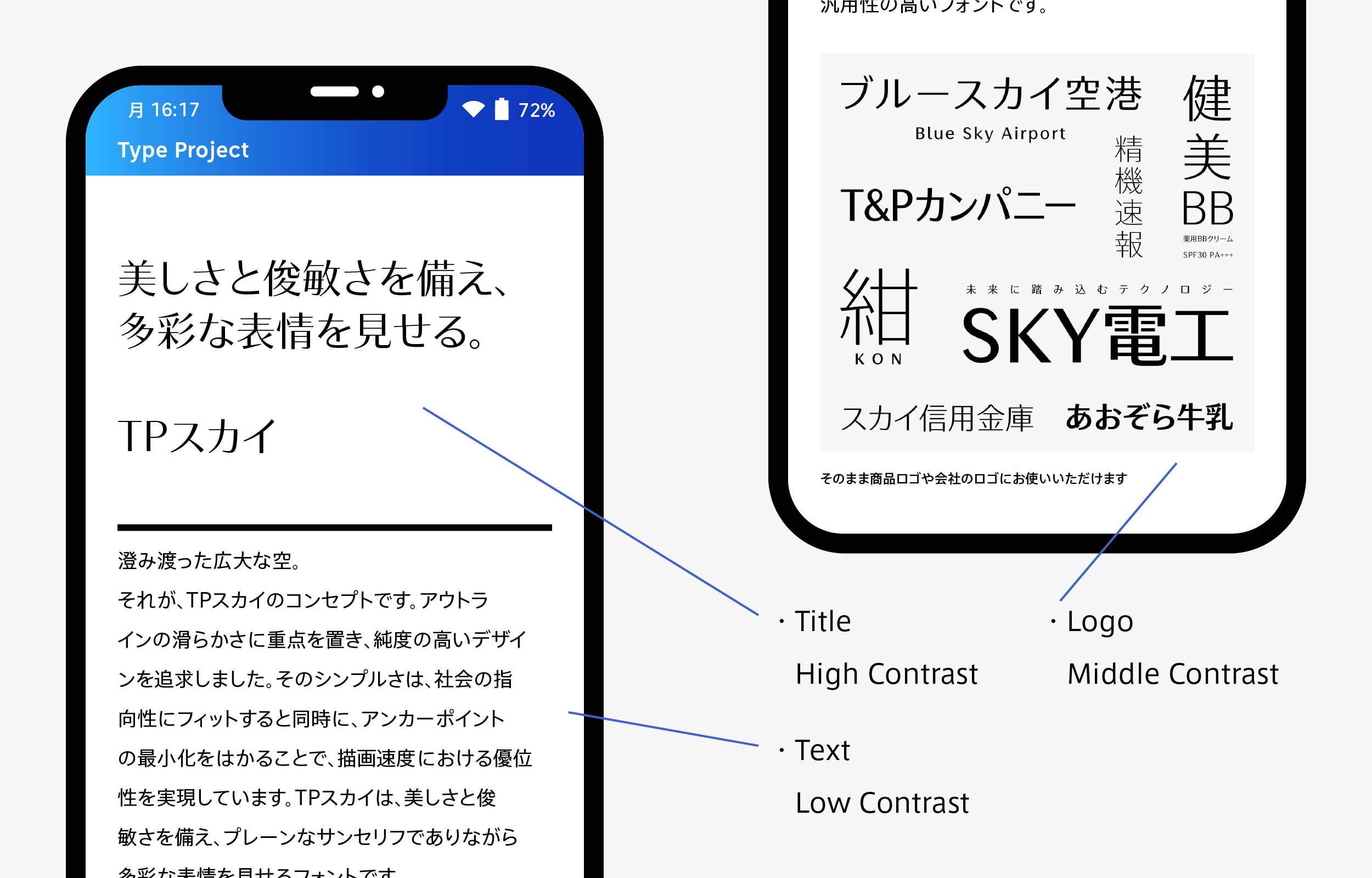 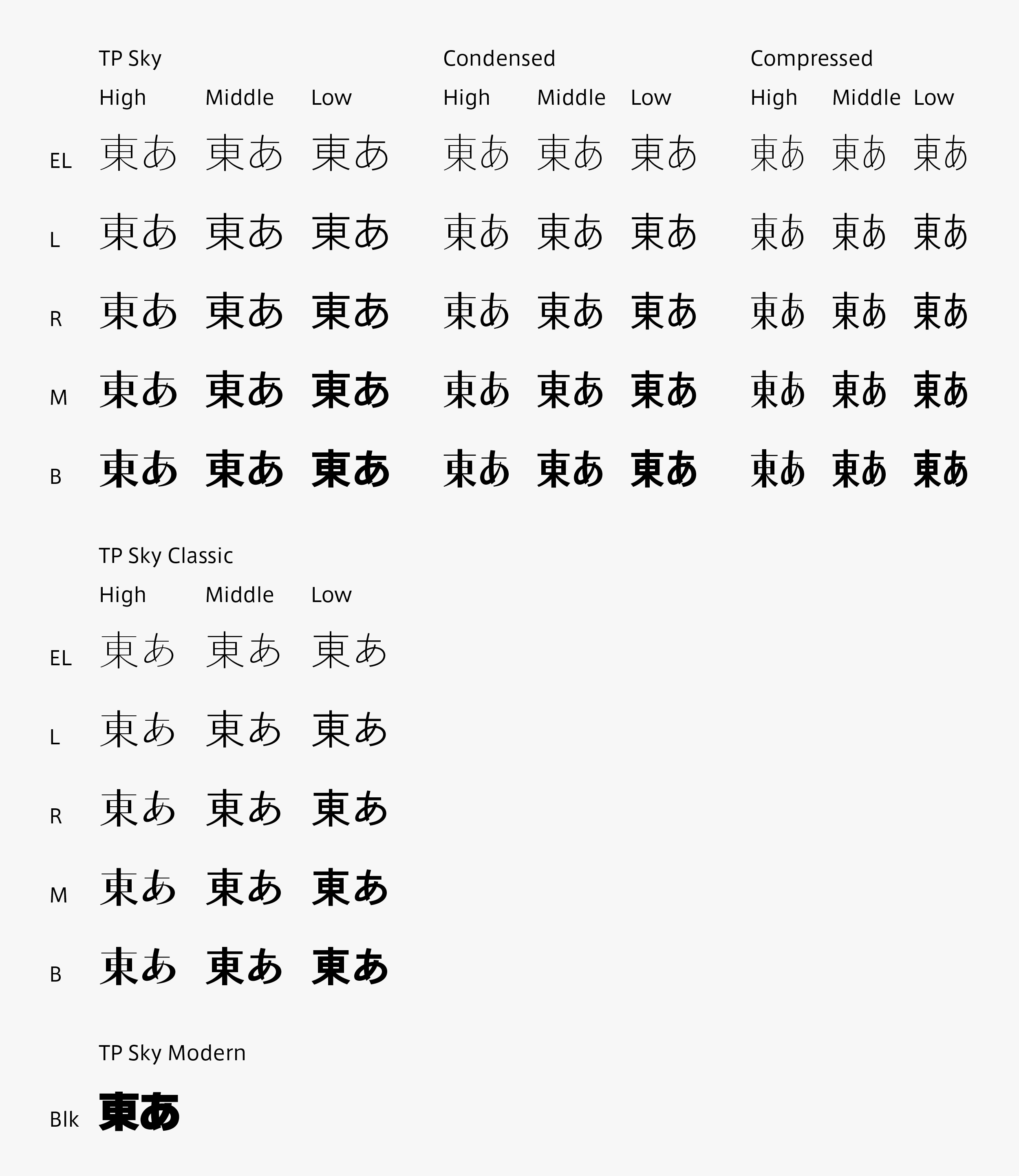